Paul’s Letter to the Romans 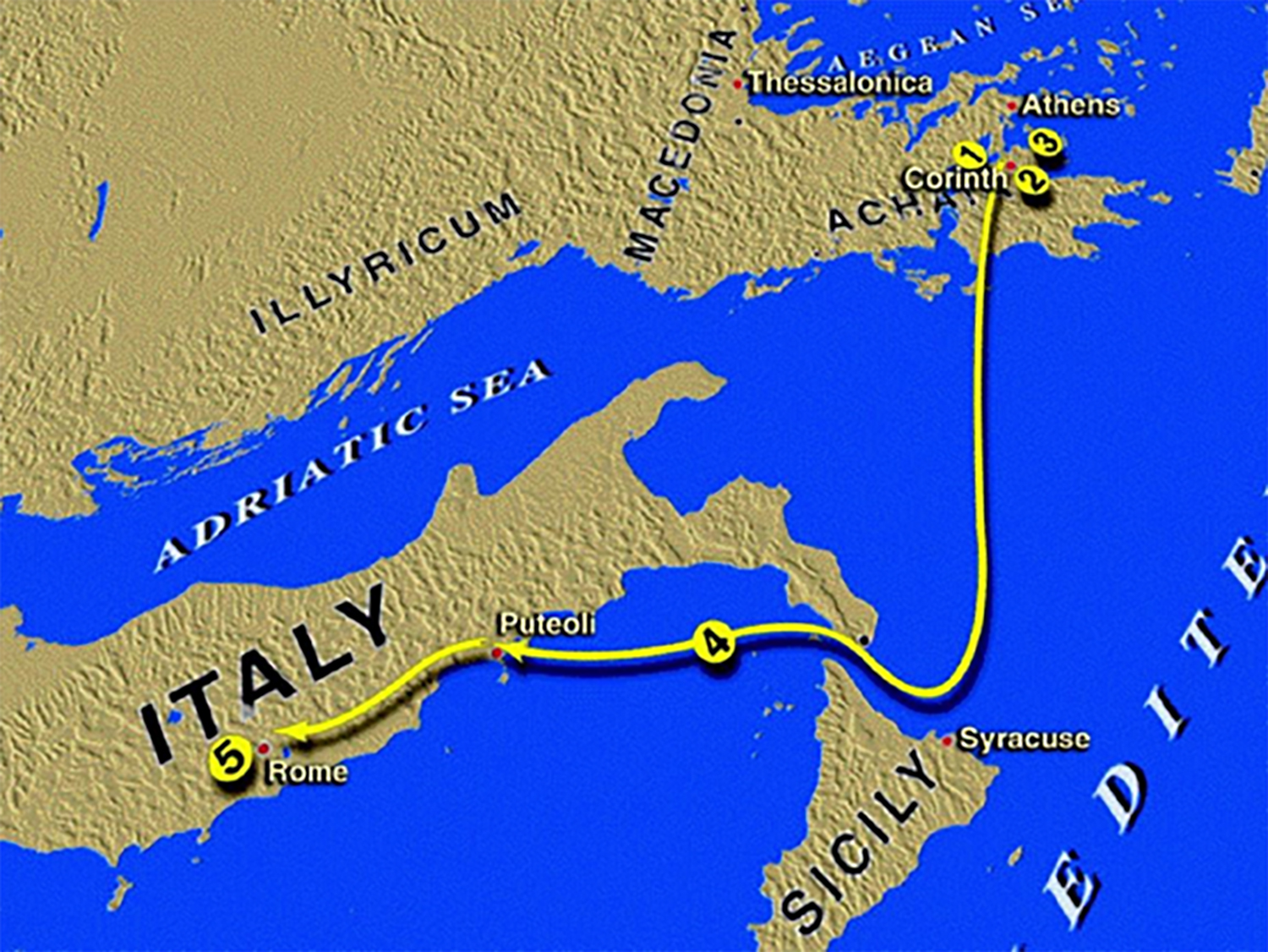 1. Title.
When Paul wrote this epistle he probably gave it no title. It was simply a letter he wrote to the believers in Rome. But subsequently the epistle came to be known as “To the Romans,” Gr. pros Rhomaious, the title given to it in the earliest manuscripts. Later manuscripts enlarged the title to a descriptive. “The Epistle of Paul the Apostle to the Romans,” and this title is still used in some English versions.

2. Authorship.
That Paul the apostle is the author of this epistle has never been seriously questioned. Some scholars have suggested that ch. 16 may not have been a part of the original epistle sent to Rome but that it was rather a separate letter sent to Ephesus, where Paul had labored for some time (Acts 19). This theory is based largely on the length of the list of names in Rom. 16 and upon the assumption that Paul could hardly have known so many friends in a city that he had as yet not visited. However, since people naturally drifted toward Rome from all parts of the empire, it is not impossible that the apostle could have had many friends in that capital city. Moreover, all the earliest manuscripts include ch. 16 as an integral part of the epistle. Consequently, conservative modern scholarship leaves the epistle intact.

3. Historical Setting.
It seems evident that the Epistle to the Romans was written from Corinth during Paul’s three-month stay in that city on his Third Missionary Journey (Acts 20:1-3). Many scholars date this visit in the winter of 57-58, but some prefer an earlier date.
That the epistle was written from Corinth is indicated by his references to Gaius (Rom. 16:23; cf. 1 Cor. 1:14) and Erastus (Rom. 16:23; cf. 2 Tim. 4:20) and by his commendation of Phoebe, whom Paul describes as rendering special service to the church at Cenchreae, the eastern seaport of Corinth (Rom. 16:1).
At the time of writing the epistle, Paul was about to return to Palestine, bearing from the churches in Macedonia and Achaia a contribution for the poor among the Christians in Jerusalem (Rom. 15:25, 26; cf. Acts 19:21; 20:3; 24:17; 1 Cor. 16:1-5; 2 Cor. 8:1-4; 2 Cor. 9:1, 2). He intended, after completing this mission, to visit Rome, and from there travel on to Spain (Acts 19:21; Rom. 15:24, 28). As yet he had never been able to visit the Christian church in the capital city of the Roman Empire, though he had often desired to do so (Rom. 1:13; 15:22). But now he believed that he had completed his missionary labors in Asia and Greece (ch. 15:19, 23), and was eager to move westward to strengthen the work in Italy and to introduce Christianity in Spain (see AA 373). In order to accomplish this latter purpose Paul desired to secure the blessing and cooperation of the believers in Rome. Therefore, in anticipation of his visit, he wrote them this epistle, outlining to them in strong, clear terms the great principles of his gospel (chs. 1:15; 2:16). See pp. 104, 105.

4. Theme.
The theme of the epistle is the universal sinfulness of man and the universal grace of God in providing a way by which sinners may not only pardoned but also restored to perfection and holiness. This “way” is faith in Jesus Christ, the Son of God, who died, rose again, and ever lives to reconcile and to restore.
As Paul writes this epistle his mind is full of the issues raised in his controversies with the Judaizers. He takes up the basic questions, and answers them in a broad presentation of the whole problem of sin and God’s plan to meet the emergency. First Paul shows that all men, Jews and Gentiles alike, have sinned and continue to fall short of God’s glorious ideal (ch. 3:23). There is no excuse for this, for all men, Jews and Gentiles alike, have received some revelation of the will of God (ch. 1:20). Therefore, all men are justly under condemnation. Moreover, sinful men are now hopelessly incapable of extricating themselves from this predicament, for in their depraved condition it is wholly impossible for them to obey God’s will (ch. 8:7). Legalistic attempts to obey the divine law are not only doomed to failure but may also be evidence of an arrogant and self- righteous refusal to recognize man’s weakness and his need of a Saviour. Only God Himself can provide a remedy. And this He has done—by the sacrifice of His Son. All that is asked of fallen man is that he exercise faith, faith to accept the provisions made to cover his sinful past, and faith to accept the power offered to lead him into a life of righteousness.
This is Paul’s gospel, as developed in the first part of the epistle. The remaining chapters deal with the practical application of the gospel to certain problems dealing with the chosen people and with the members of the Christian church.