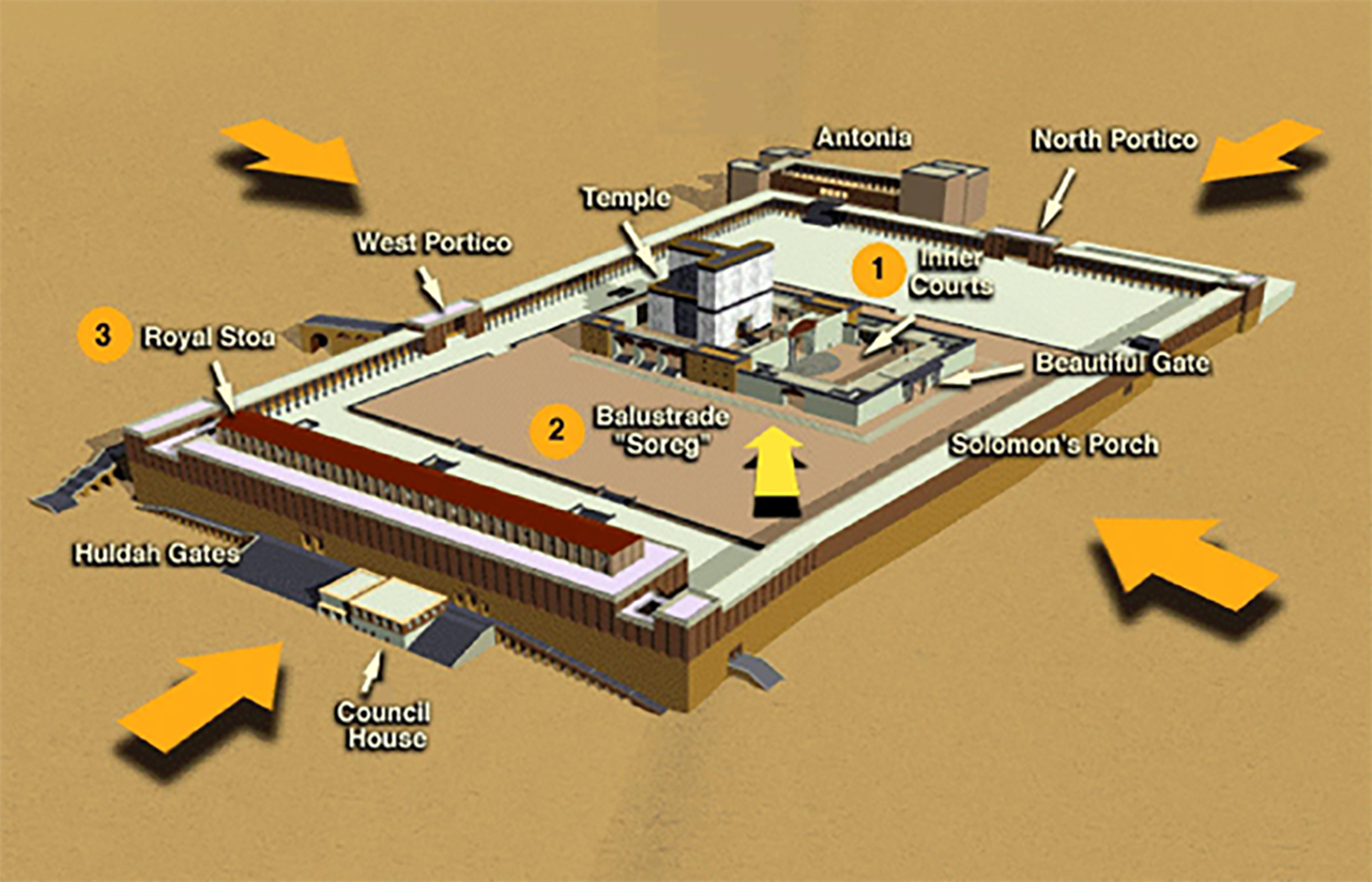 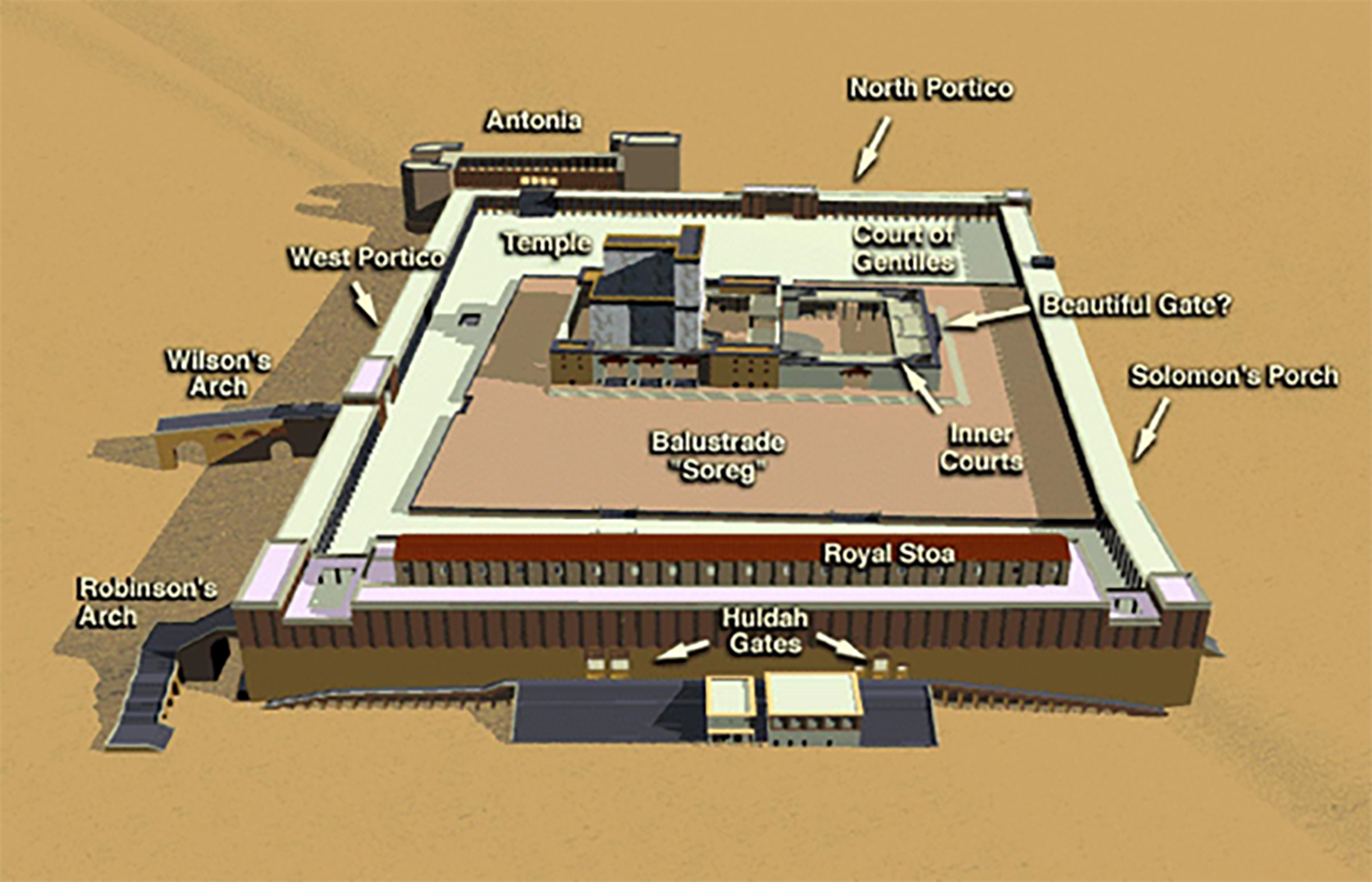 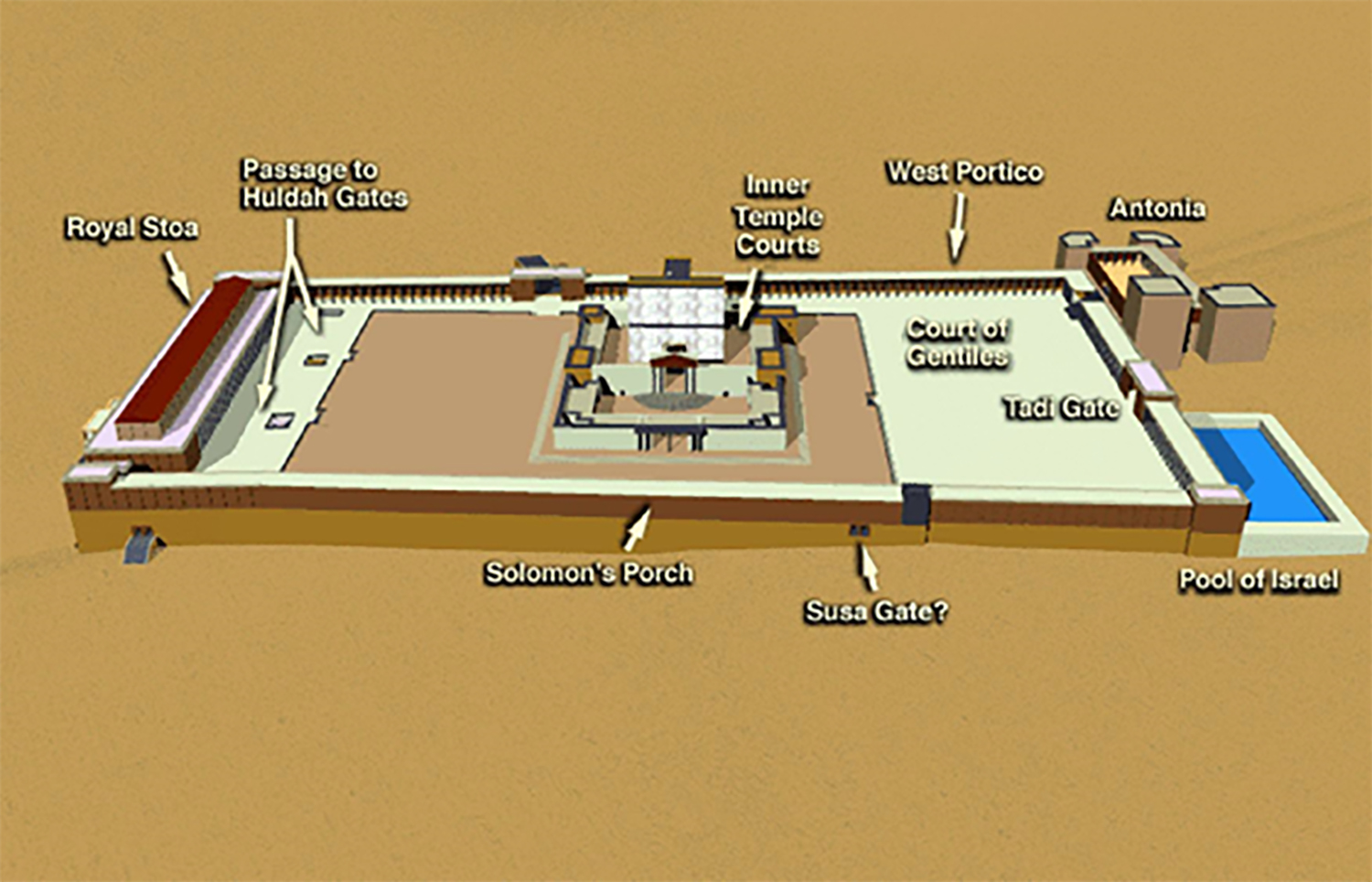 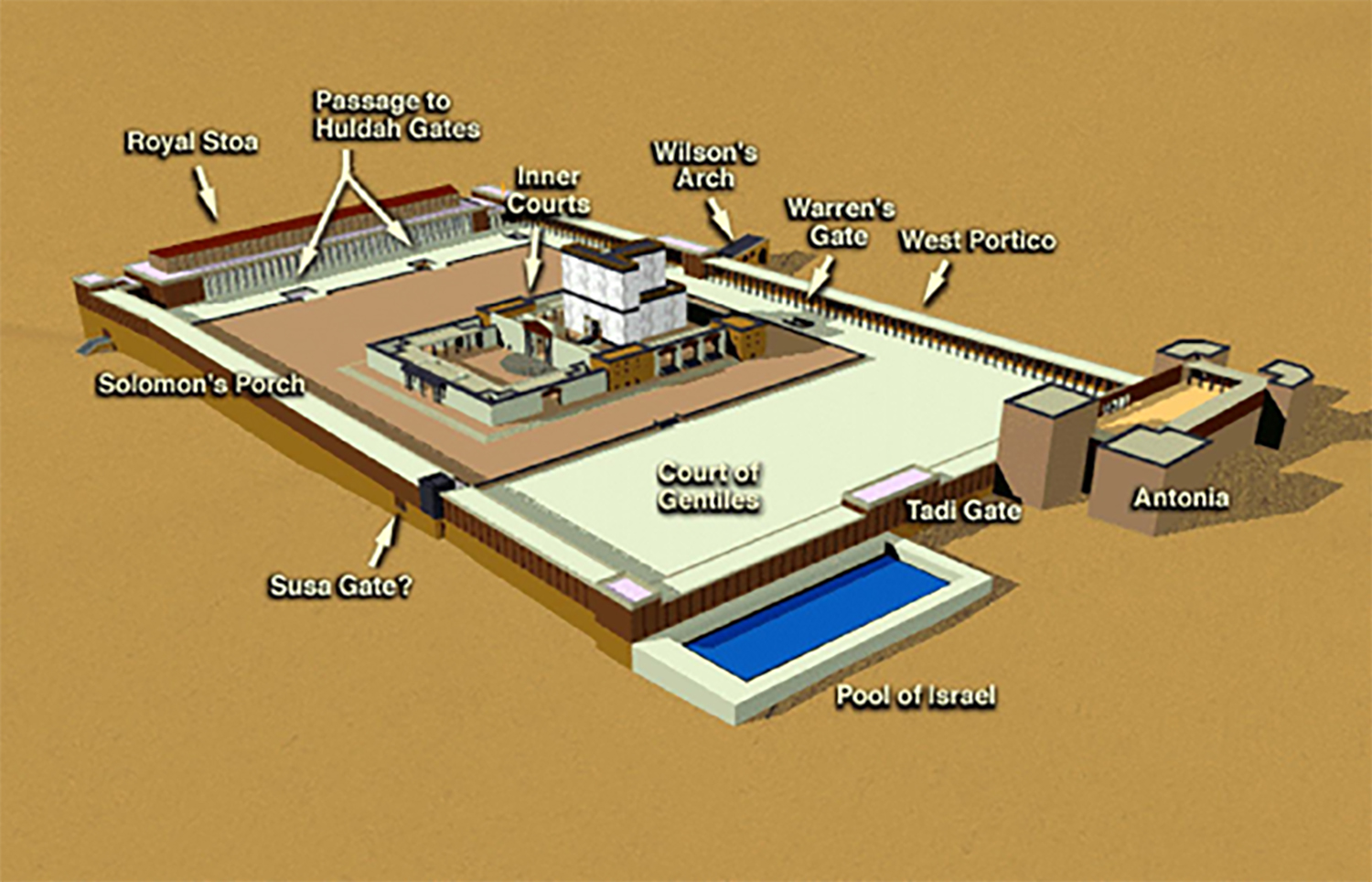 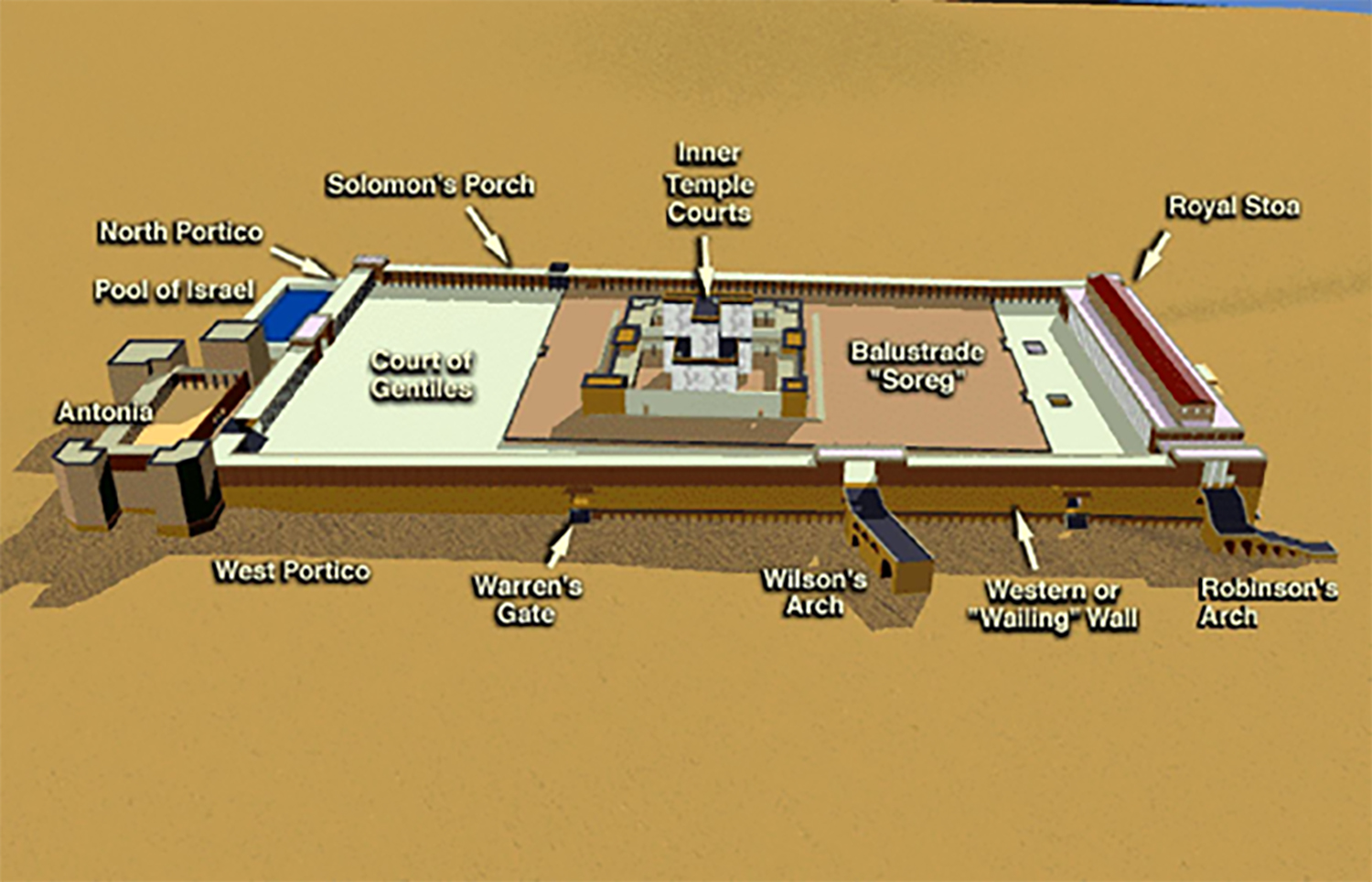 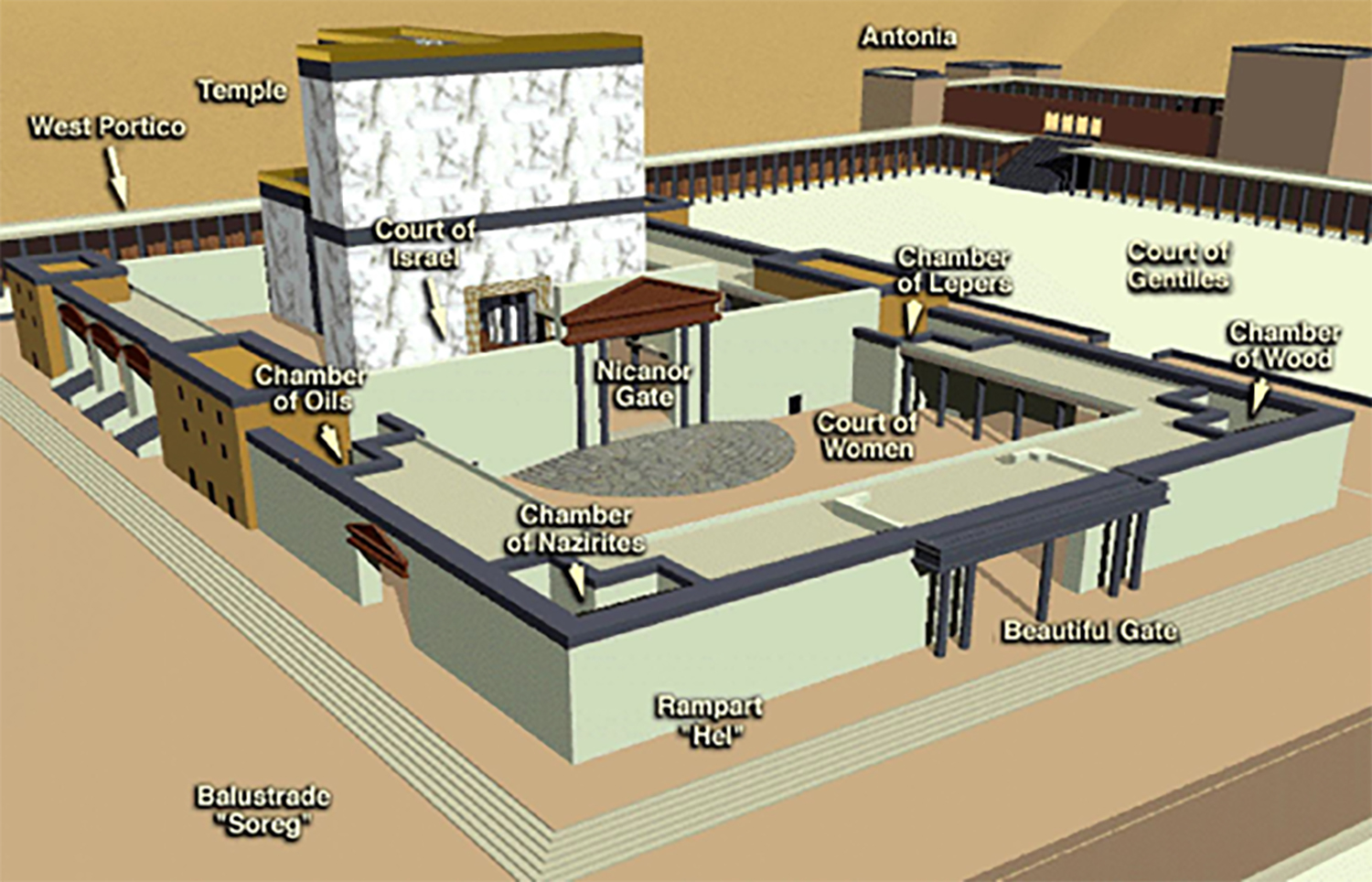 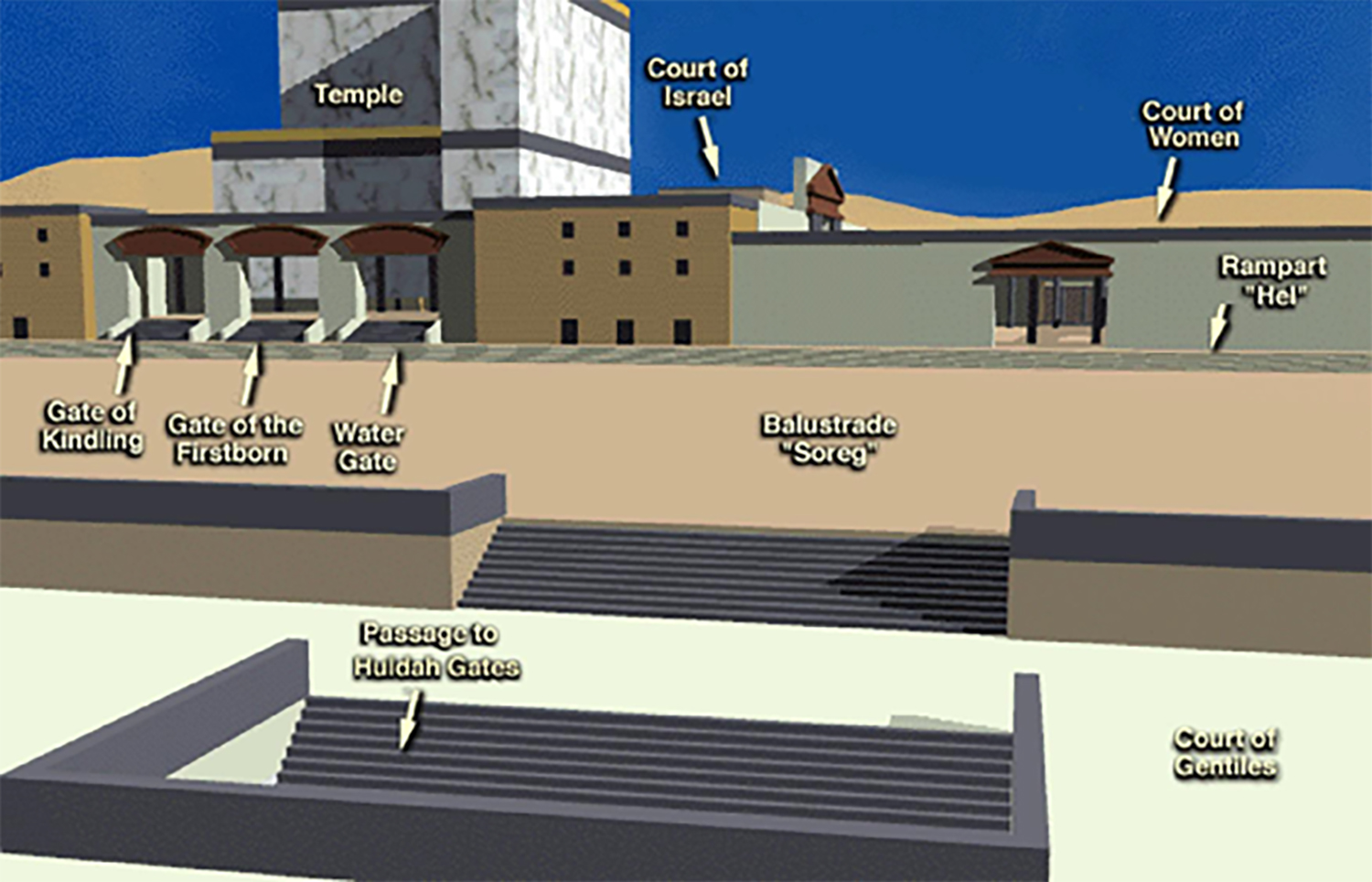 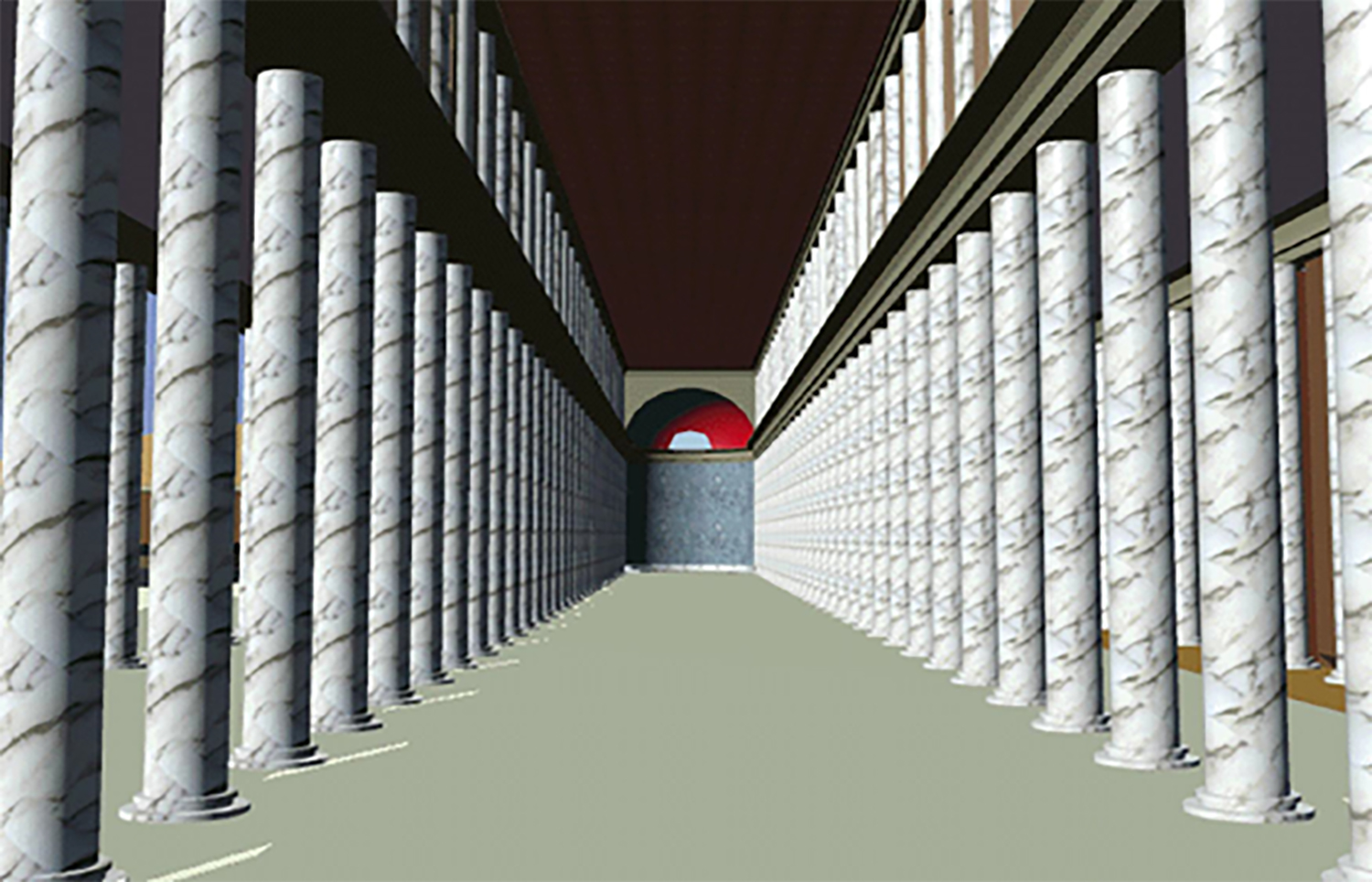 1. Title.
The most ancient of the extant Greek NT manuscripts entitle the book “According to Matthew.” The title appearing in the KJV, “The Gospel According to St. Matthew,” is found in the majority of the later manuscripts, but without the “Saint.” The title in the Textus Receptus (see p. 142), “The Holy Gospel According to Matthew,” is found only in late manuscripts. In the Scriptures the term “gospel” (Gr. euaggelion) means “good tidings”; that is, the good tidings of salvation as set forth in the life and teachings of Jesus. It is not applied to the written record itself. However, after the period of the NT the term was applied also to the writings themselves, either singly or collectively.

2. Authorship.
Ancient Christian writers unanimously and consistently attribute the first of the four Gospels to Matthew the disciple. Internal evidence indicates that the book was obviously written by a Jew converted to Christianity. Such was Matthew (Matt. 9:9; cf. Mark 2:14). Being a publican prior to his call to discipleship, he was presumably accustomed to preserving written records, a qualification doubtless of great value to one composing a historical narrative. The modest reference to himself at the feast (Matt. 9:10; cf. Luke 5:29) is comparable to the manner in which John (John 21:24) and possibly Mark (Mark 14:51, 52) refer to themselves, and hence may be an indirect testimony to his authorship.
About A.D. 140 Papias of Hierapolis, as quoted by Eusebius (Church History iii. 39, in Nicene and Post-Nicene Fathers, 2d series, vol. 1, p. 173), stated that “‘Matthew wrote the oracles [sayings] in the Hebrew language, and every one interpreted them as he was able.’” According to Irenaeus half a century later, as quoted by Eusebius (Church History v. 8, in Nicene and Post-Nicene Fathers, 2d series, vol. 1, p. 222), “‘Matthew published his Gospel among the Hebrews in their own language, while Peter and Paul were preaching and founding the church in Rome.’” On the basis of these and similar statements by later writers some have concluded that the Gospel of Matthew was originally written in Aramaic (the “Hebrew” of Papias and Irenaeus) and later translated into Greek. This theory, however, has not met with general acceptance. The evidence submitted to date is far from conclusive. In view of the fact that numerous “works” are known to have circulated among the Jews in oral form only, it is thought that Papias’ reference to Matthew’s writing of the “oracles” of Jesus designates an oral rather than a written composition, and that the “gospel” of Irenaeus may also have been an oral account. There is no evidence that Papias and Irenaeus refer to what we know today as the Gospel of Matthew. The reasons for concluding that the Gospel of Matthew as we have it today was originally written in Greek are as follows:
1. The Greek text of Matthew does not reveal the characteristics of a translated work. Supposed Aramaisms occur in the other Gospels also, and may reflect nothing more than that the writer thought in Aramaic as he wrote in Greek. The book of Revelation is replete with Aramaic idiomatic expressions.
2. The uniformity of language and style convey the distinct impression that the book was originally written in Greek.
3. The great linguistic similarities to the Greek of Mark, in particular, and to a less extent of Luke, seem to preclude the possibility of the Greek being a translation.
Concerning the origin of the four Gospels see pp. 175-181.

3. Historical Setting.
Throughout the lifetime of Christ the land of Palestine was under the jurisdiction of Rome, whose legions, led by Pompey, subjugated the region and annexed it to the Roman province of Syria in 64-63 B.C. Having enjoyed political independence for some 80 years before the coming of the Romans, the Jews profoundly resented the presence and authority of foreign civil and military representatives. The appointment by the Roman Senate of Herod the Great (37-4 B.C.) as king over a large part of Palestine, made the lot of the Jews even more bitter. See pp. 39-42.
Understandably, the desire for independence became a national obsession and affected practically every phase of national life. Above all else, this desire colored the religious thinking of the day and the interpretation of the Messianic passages of the OT. The subjugation of the Jews by Rome was the direct result of disobedience to the divine requirements (see Vol. IV, pp. 30-33). Through Moses and the prophets God had warned His people of the sufferings that would follow disobedience.
Quite naturally the Jews looked for deliverance from the twofold yoke imposed upon them by Caesar and Herod. Repeatedly, would-be messiahs arose to champion the rights and redress the wrongs of their people—by the sword. The Jews fondly believed that the Messianic prophecies of the OT promised a political messiah who would both deliver Israel from foreign oppression and subdue all nations. The political aspirations thus distorted the Messianic hope, and since Jesus of Nazareth did not fulfill these false expectations, national pride effectively prevented the recognition and acknowledgment of Him as the One to whom the prophets had borne witness.
For a more complete discussion of the historical background of the Gospels see pp. 41-67.

4. Theme.
The theme of each of the four Gospels is the incarnation, exemplary life, public ministry, vicarious death, resurrection, and ascension of our Lord and Saviour Jesus Christ. It was not by accident that all four Gospels became part of the sacred canon of the NT. Each has its own distinctive contribution to make to the Gospel narrative. So much was involved in the mission of the Son of God to this earth that it would have been difficult, if not impossible, even for one most closely associated with Jesus, to grasp the significance of every detail of that wonderful life. In order that there might be preserved for future generations as complete a picture as necessary of the life and ministry of Jesus, Inspiration led and qualified four men to preserve a record of the Gospel narrative, perhaps each from the point of view that appealed to him personally. Each of the four evangelists was guided by a distinct objective as he wrote. Each omitted certain incidents mentioned by the others and added details of his own. See pp. 191, 192.

The Roman World at the Birth of Jesus. 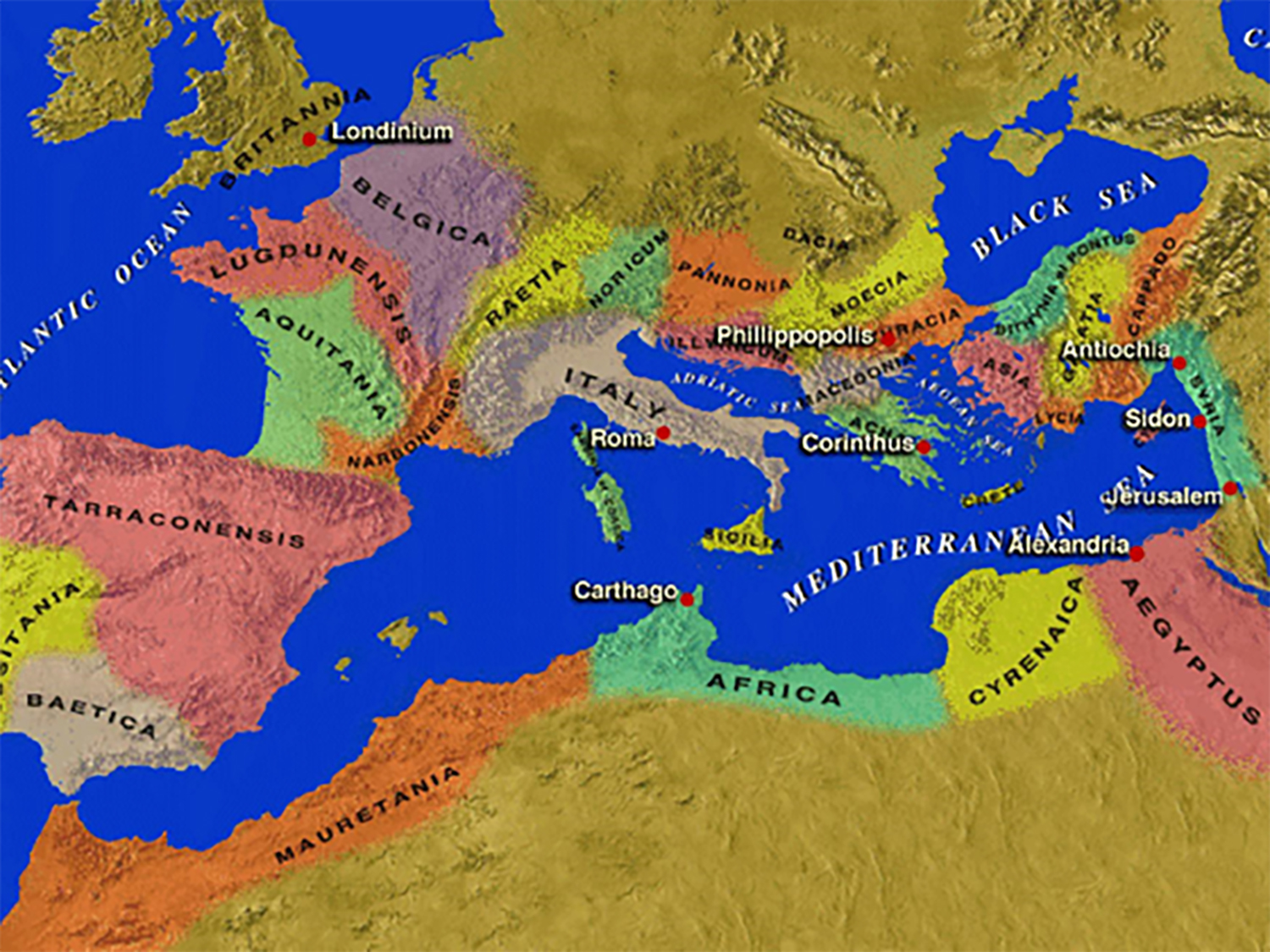 It is as if four painters sat down to produce a portrait of Jesus, each one from a different point of view. With each the subject is the same but the aspect is different. Taken together, all four portraits provide a more complete and perfect concept of Jesus than any single picture. The composite picture presented by the four evangelists enables us to see the life of Christ in true perspective. All we need to know about the Saviour has been revealed (see CW 158).
Guided by Inspiration, each evangelist selected incidents and arranged them in the pattern that seemed most appropriate to the objective from his point of view. Thus, he often omitted incidents narrated by the others, with the result that it is at times difficult to correlate the various parts of the Gospel narrative and assign each its correct place in the sequence of events. “There is not always perfect order or apparent unity in the Scriptures. The miracles of Christ are not given in exact order” (EGW MS 24, 1886). For a suggestive arrangement of events in the life of Christ, see pp. 196-201.
Each of the four evangelists introduces Jesus to his readers in a characteristic manner, in keeping with the objectives of his Gospel narrative. Matthew and Luke both present Him with emphasis upon His role as the Son of man; Mark and John place emphasis upon His true divinity and point to Him as the Son of God. Matthew presents Jesus as the Son of Abraham, a Jew, the One who came in fulfillment of promises made to the fathers.
Luke points to Him as the Son of Adam (Luke 3:38), and thus the Saviour of all mankind.
Taking His divinity for granted, Mark simply states that He is the Son of God (Mark 1:1). John affirms that the true humanity of Jesus (John 1:14) in no way depreciates the fact that He is divine in the absolute sense of the word (John 1:1-3).
One distinctive characteristic of the Gospel of Matthew is the completeness with which the author reports the sermons and other discourses of the Saviour. He presents Christ as the great Teacher. His Gospel contains six major discourses, reported at considerable length, which the other Gospels record either briefly or not at all. These are as follows:
(1) the Sermon on the Mount, chs. 5-7,
(2) the discourse on discipleship, ch. 10,
(3) the Sermon by the Sea, consisting entirely of parables, ch. 13,
(4) the discourse on humility and human relations, ch. 18,
(5) the discourse on hypocrisy, ch. 23,
(6) the discourse on Christ’s return, chs. 24, 25.
A second important characteristic has to do with those aspects of the Gospel that clearly reveal the kind of reading audience Matthew primarily had in mind as he wrote. This audience seems to have consisted largely of Jewish Christians and unbelieving Jews. It was evidently his purpose to convert the latter to faith in Jesus as the Messiah of prophecy, and to confirm the faith of the former. More than all the other Gospel writers combined, Matthew presents Jesus as the One to whom the types of the OT pointed forward and the One in whom they were fulfilled. He presents Jesus as coming, not to set aside “the law,” but to fulfill it (ch. 5:17). He presents Jesus as the Son of Abraham and the Son of David, the father of the nation and its most illustrious king.
It was their false concept of the person of Messiah and of the nature of His kingdom that led the Jews to reject Him. The Messiah of their dreams was a great king who would lead the nation to independence and world supremacy. But of Messiah as the King of righteousness, the One who would lead them to conquer sin in their own lives and to realize true spiritual freedom, they had no understanding. The Jews were unable to reconcile those passages of the OT that envision a suffering Messiah with others that foretell His glorious reign, with the result that they ignored the former and misapplied the latter (see DA 30, 212, 257, 777). For the Jews these seemingly contradictory passages were apparently an insoluble paradox. They looked exclusively for what they took to be the kingdom of His glory—and found no place in their plans for the kingdom of His grace, the necessary prerequisite to the kingdom of glory (see on chs. 4:17; 5:2, 3). Matthew seems to have had a burden to resolve the dilemma that the conquering Messiah was also a suffering Messiah. He solves this problem by showing that Jesus was indeed the King of Israel and the “Seed” promised to David, yet also a suffering Messiah. See on Matt. 2:1.
Another important fact to remember in studying the book of Matthew is that this Gospel presents the life of Christ in essentially a logical, topical order, rather than a chronological one. To be sure, there is general chronological sequence in the arrangement of the major phases of Jesus’ life and ministry. But the sequence of events within any given period does not necessarily follow the true chronological order. In fact, Matthew deviates from strict chronological sequence to a greater degree than any of the other Gospel writers, his major objective being to develop a concept of the life and mission of Jesus that will contribute to his primary purpose in writing. He is not the chronicler, recording events as they transpire, but the historian, reflecting upon the significance of those events against the larger background of their setting in the history of the chosen nation. See pp. 191, 192.

The following brief outline reflects Matthew’s purpose in his arrangement of the Gospel story. For a more detailed, chronological outline see pp. 196-201.