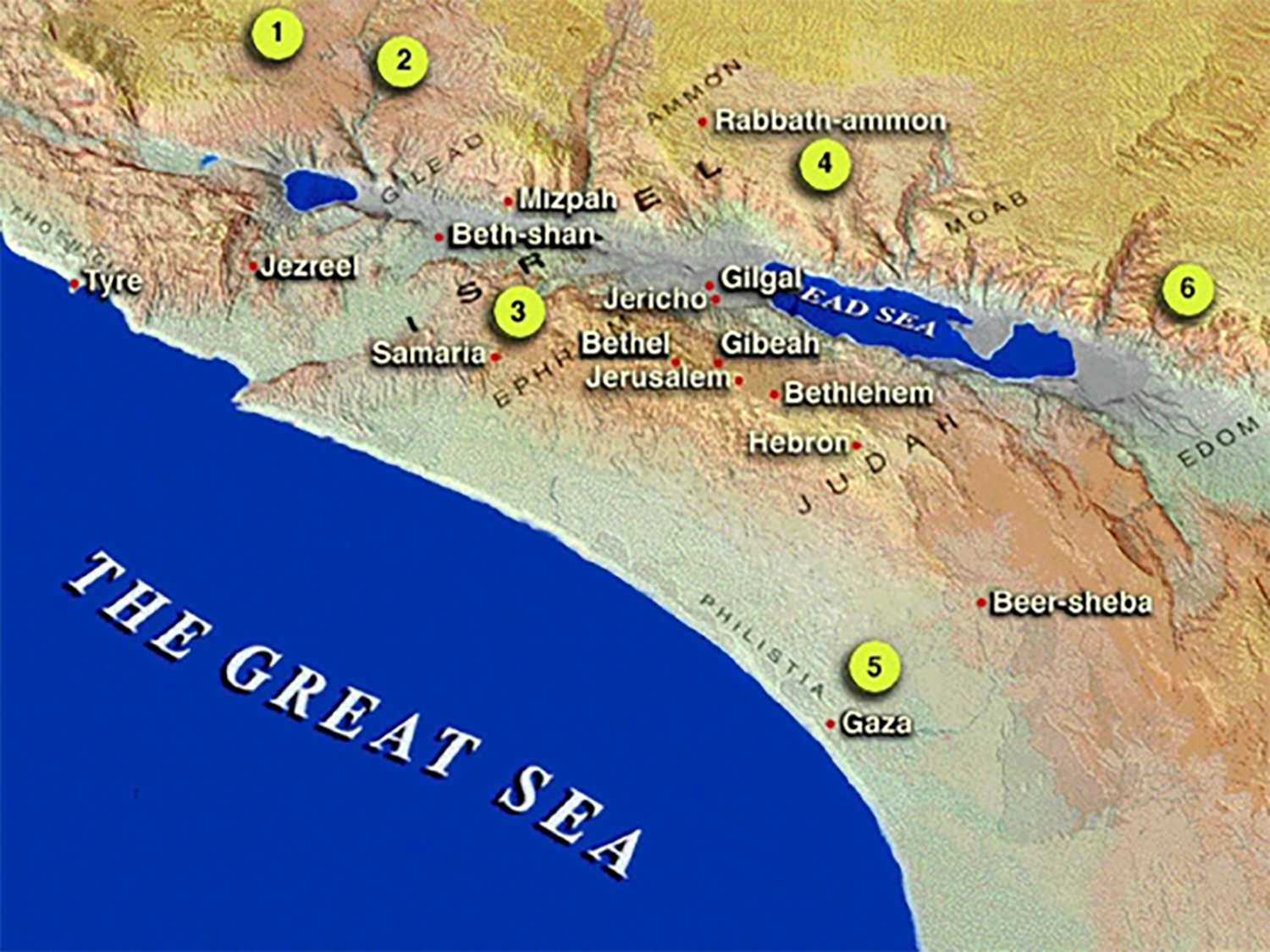 1. Title.
The book of Hosea has as its title the name of the prophet who wrote it. Hosea is the first of the twelve Minor Prophets, so called, not because they are less in importance than the Major Prophets, but because they are shorter in length. Many ancient Hebrew and Christian writers regarded the writings of the Minor Prophets as forming one book. Inasmuch as the period covered by the Minor Prophets was somewhat similar in character to our own in its spirit of materialism, commercialism, and social evils, these books have a definite and important message for us today.
The name Hosea (Heb. Hosea‘) is a shortened form of the Heb. Hosha‘eyah (Jer. 42:1; 43:2), which means, “Yahweh has saved.”

2. Authorship.
Nothing more is known concerning the family history of Hosea than is given in the opening verses of his prophecy. The naming of the prophet’s father, Beeri (Heb. Be’eri, “my well”), does not reveal the tribe to which Hosea belonged. We know nothing of the happenings of Hosea’s latter days, or the place and time of his death. However, internal evidence makes it clear that Hosea belonged to the northern kingdom, Israel, and carried on his ministry there.

3. Historical Setting.
The reigns during which Hosea prophesied are dated, according to the tentative chronology used in this commentary (see Vol. II, pp. 77, 131-162), as follows: Uzziah (790-739), Jotham (750-731), Ahaz (735-715), and Hezekiah (729- 686), kings of Judah, and Jeroboam II (793-753), king of Israel. Hosea must have begun his ministry well before 753 B.C. and continued actively until some time after 729 B.C.
He lived in the darkest period of the history of the kingdom of Israel, just before the nation was taken captive by Assyria. Since the book of Hosea makes no mention of this event, it is probable that it was written before the final ruin of the northern kingdom. Outwardly, Israel under Jeroboam II was prosperous and successful, more so than in any time since David and Solomon (see on Hosea 2:8). Its northern boundaries were almost as extensive as those under these early kings (see 2 Kings 14:25, 28).
However, this outer glory only revealed the more the inner moral and spiritual declension of the people. Political anarchy and misrule were the order of the day. Kings took the throne after murdering their predecessors, and in turn were themselves assassinated. Shallum slew Zachariah, Menahem slew Shallum, Pekah slew the son of Menahem, Pekahiah; and Hosea, the last king of Israel, slew Pekah. Possibly it is because of this shameful anarchy that followed the reign of Jeroboam II that he alone is mentioned by Hosea, and his successors are omitted (Hosea 1:1; see on chs. 7:5; 8:4), or possibly the prophet went south into Judah after the reign of Jeroboam.
Hosea repeatedly refers to the idolatrous calf worship set up by Jeroboam I (see 1 Kings 12) as a prime cause of Israel’s wickedness. This calf worship probably gave entrance later to a cruder and more inhuman worship offered to Baal and Ashtoreth, the shocking abomination of the sacrifice of children and the unspeakable degradation of gross sensuality.
Hosea lived in the time of the harvest of this evil sowing. Creature worship displaced that of the Creator. No commandment of the true God was obeyed. Dishonesty, mutual distrust, deception toward God and man, prevailed. Bloodshed was rife; luxury in every form was stimulated in the prosperous days of Jeroboam II. Perverted justice was common, also oppression of the poor. Adultery was consecrated to religion. All levels of society became debauched, and blasphemy and skepticism marked the royal court. The priests, wholly devoted to idolatry, joined the people in their sinfulness, and added to the corruption that covered the land.
Against this flood of iniquity in the northern kingdom Hosea was called by God to erect the dikes of rebuke, condemnation, and appeal—appeal to the invincible love of God for His erring children. But the appeals of Hosea went unheeded by an apostate people. Unrepentant, unchanged, the wicked nation held to its rebellious course of action, and was carried into the cruel captivity of Assyrian bondage. Hosea bore God’s last message to the northern kingdom prior to its fall in 723/722 B.C.

4. Theme.
The dominant theme of the book of Hosea is the love of God for His erring children. The experiences through which the prophet passed in his own family life, and the feelings of his own heart toward his faithless wife, gave him a glimpse into the boundless depths of the Father’s love for His people.
In the light of this divine love the terrible wickedness of the northern kingdom appears even blacker, and Hosea in no way excuses the people for their conduct. The prophet also paints in darkest hues the dreadful retributions that will fall upon Israel if they persist in their evil ways. These warnings are not threats, but are statements of fact, showing that punishment inevitably follows sin. However, through all his writing Hosea depicts the yearning love of God for His wayward people. The book is filled with appeals to repentance and messages of hope to those who will turn again to their loving Father.