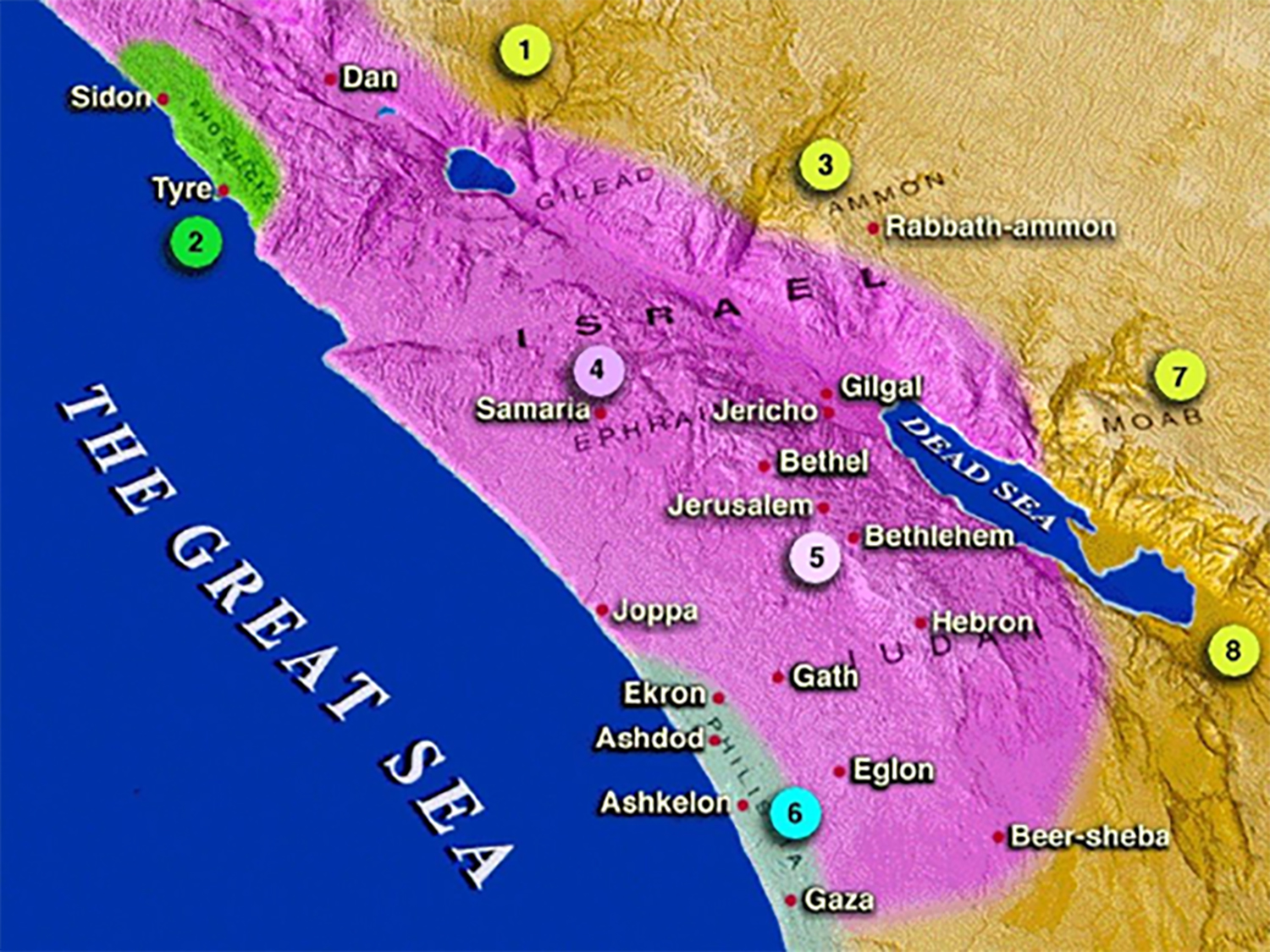 1. Title.
In common with the other books comprising the Minor Prophets, the title of the book is the name of the author, Amos. The name in Hebrew is ‘Amos, derived from the verb ‘amas, “to load,” or “to carry [a load].” Hence the name means “a burden bearer,” which meaning agrees appropriately with the weighty and solemn messages the prophet was called upon to deliver. The names does not occur elsewhere in the OT.

2. Authorship.
From the sketch of his life, which Amos gives in ch. 7:14, 15, we learn that he was a herdsman and a gatherer of the lightly esteemed sycamore figs. The impression is given that, though he was poor, he was independent, which may account for his being able to leave his flock for a while. He was not an educated man according to our understanding of the term, nor was he trained for his mission in the schools of the prophets. When, as in the case of Amos, the comparatively untaught and those who have enjoyed but few advantages are chosen to do a great work for God, “the excellency of the power” is seen to “be of God, and not of us” (2 Cor. 4:7). It is what a man is, and not alone what a man has, that fits him for the service of God.
Upon receiving his divine call, Amos left Judah to go to Israel, probably centering his work in Bethel, the location of the principal calf temple and the summer palace of the king. There he denounced the worship of the calf. He was opposed by Amaziah, the idolatrous high priest, who charged him before the king as being a dangerous conspirator (see Amos 7:10-13). We know nothing of the closing days of his life.
Amos must be ranked among the most important of the prophets because of his simple, plain eloquence and the vigor and elevation of his thought. Few prophets are more penetrating in comprehending the foundations of the natural and moral worlds, or exhibit greater insight into the power, wisdom, and holiness of God.

3. Historical Setting.
Amos was called to fulfill his mission at a time when both Israel and Judah were prosperous. Under Jeroboam II, Israel was at the zenith of its power (see Vol. II, p. 83; see on Hosea 2:8). Jeroboam had overcome the Syrians and had enlarged the territory of the northern kingdom to the northern boundary of the original united kingdom. It ran from Hamath, in the extreme north, to the Dead Sea (2 Kings 14:25, 28). As for Judah, Uzziah, its king, had subdued the Edomites and the Philistines, put the Ammonites under subjection, encouraged agriculture and the domestic arts of peace, and raised a large, powerful army, fortifying Jerusalem strongly (see 2 Chron. 26:1-15).
Apparently safe from foreign enemies, and strong internally, Israel was not in the least looking forward to danger or destruction. True, Assyria was attracting attention by its rising power, but it seemed improbable that it would attack Israel. The not uncommon fruits of prosperity—pride, luxury, selfishness, oppression—were ripening plentifully in both kingdoms. However, the situation was worse in Israel because of the calf worship, which had been instituted by its first king, Jeroboam I (see 1 Kings 12:25-33). Undoubtedly this calf worship furnished the reason why both Amos and Hosea were commissioned to direct their prophecies especially against the northern kingdom.
Since Uzziah was sole king of Judah from 767 to 750 B.C., and Jeroboam II sole king of Israel from 782 to 753 B.C., the ministry of Amos is likely to have been sometime between 767 and 753 B.C. There is no indication in the book as to the length of his active prophetic work. The statement “two years before the earthquake” (ch. 1:1) affords us no help, for there is no way of ascertaining when this earthquake occurred. Apparently Amos was an older contemporary of the prophet Hosea (see pp. 20, 21).

4. Theme.
The chief purpose of Amos was to call the attention of God’s people to their sins, and if possible to bring them to repentance. As the spirit of Paul was stirred at Athens when he saw how fully the city was given to idolatry, so Amos must have been stirred by the luxury and the sins he so vividly describes in detail. He rebuked the sins that sprang from material prosperity, the extravagances, the revelries, the debauchery of the rich, who were able to do this by oppressing the poor and by perverting judgment, through bribery and extortion. Amos gives more attention to the details and circumstances of iniquity than does Hosea. He is everywhere graphic, revealing transgression in the events of the daily life of the people. No evil practice seems to have escaped his notice. He counted it his duty to warn Israel, Judah, and the surrounding nations of the divine judgments that were sure to come upon them if they persisted in iniquity. However, he closes his book with a glorious picture of the ultimate triumph of righteousness over iniquity.